The Lansing Preserve encompasses approximately one mile of blufflands along the Mississippi River in northeast Iowa. The dramatic topography found at this preserve gives rise to drastically different plant communities within a small geographic area.
The steep north-facing slope drops precipitously from the ridge top down to the river over 400 feet below. An outcropping of sheer cliffs runs the length of this slope about half way down. Because of its northern aspect, this slope gets only minimal sunlight, which allows it to remain cool and moist throughout the year. These conditions give rise to a mesic forest dominated by maple and basswood trees. The groundlayer offers a rich diversity of spring ephemerals including, spring beauty, dutchman’s breeches, wild ginger, and trillium. These plants bloom early in the year to take advantage of the sunlight that reaches the forest floor before the trees regrow their leaves. The steepness of this slope has protected it from most human alterations, and its current characteristics remain similar to pre-settlement conditions.

The south and west-facing slopes are much sunnier and drier. These harsher growing conditions gave rise to dry prairie and oak dominated plant communities. Historically, frequent fires helped maintain these open, sun-loving ecosystems. Following European settlement, fire suppression allowed trees and brush to become established. Red cedar has become particularly dominant at the Lansing Preserve. A small area of dry prairie (called a bluff or goat prairie because of its location on a steep slope) remains intact. Large oak trees with short trunks and widely sprawling limbs indicate the open conditions that were present while they grew long ago. Riverland Conservancy has begun the slow process of removing the red cedar trees to restore the historic conditions. We have also reintroduced fire to the preserve to stimulate the native prairie and savanna vegetation.

A broad, gently rolling ridgetop connects the slopes and offers a view of the river valley through the trees. This ridgetop was formerly cropped and has been planted to grassland and native prairie vegetation for the benefit of grassland birds, pollinators, and other wildlife.

The preserve is home to many species of wildlife including wild turkeys, white-tailed deer, coyotes, several species of snakes, and various small mammals. Rare sightings of timber rattlesnakes have been reported from the Lansing Preserve in recent years. Historically, this species would have been much more prevalent on the steep, rocky bluff prairie habitat found at the preserve. However, timber rattlesnake populations have been drastically reduced by a long period of human persecution that included a bounty. Timber rattlesnakes are now classified as a protected animal in Iowa.

The Lansing preserve is located within the Mississippi Flyway, a bird migration route used by about 40% of all North American migrating waterfowl and shorebirds. The preserve provides an important mix of forest and grassland areas needed for both migratory and local bird populations. The birds of high conservation priority that have been recorded using the preserve include bald eagles, bobolinks, red-headed woodpeckers, Acadian flycatchers, and peregrine falcons. The preserve offers ideal habitat for the peregrine falcon, a formerly endangered species. A pair of peregrine falcons, that previously nested on the nearby Lansing Power Station stack nest box, returned to the river to nest on the cliffs. This is the site of the first cliff-hatched peregrine falcon to fledge from a Mississippi River bluff in more than 30 years.

The Lansing Preserve is located within an Iowa landform region known as the Paleozioc Plateau. In “Landforms of Iowa” by Jean C. Prior, © 1991, she writes, the Paleozoic Plateau region is distinctly different from the rest of the state and is characterized by a thin loess cover over the bedrock-dominated terrain. Other features of this region are an integrated drainage network, deeply entrenched valleys, plateau-like uplands, and karst topography including sinkholes, caves, and springs. The sedimentary bedrock of the area is composed of limestone, dolomite, sandstone, and shale.  The entire eastern edge of the Lansing Preserve is bordered by the region’s largest valley, the gorge of the Mississippi River, which is one of the most prominent geographic features in the central United States.

The Lansing Preserve is open to the public for low impact recreation.  However, we are currently working to determine a legal way for the public to safely park and access the preserve without trespassing on neighboring property.

Riverland Conservancy is happy to arrange access to the Lansing Preserve through special request.  If you would like to arrange a tour, educational field trip or  event, ecological research, or if you are interested in volunteering please contact us!

Click on the images below to learn more about some of the wildflowers you may encounter at the Lansing preserve. 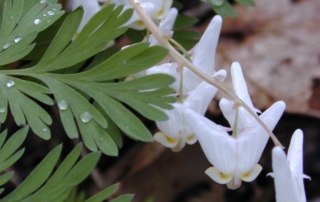 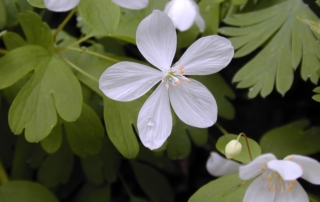 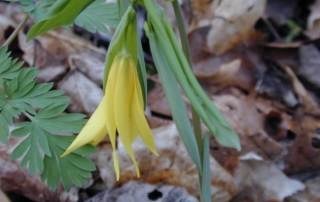 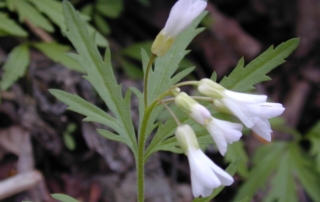 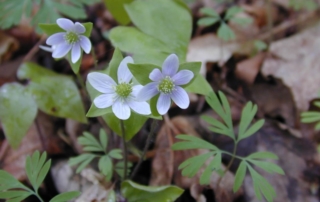 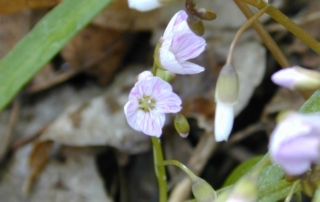 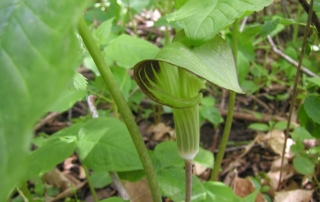 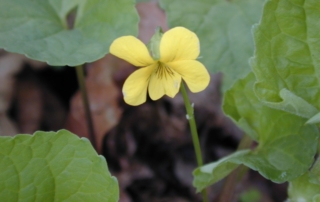 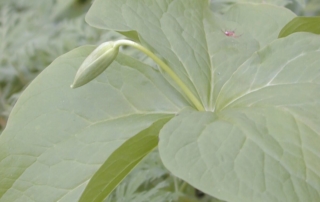 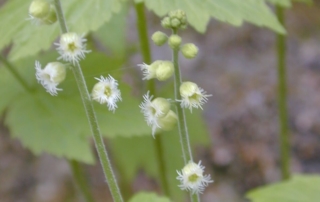 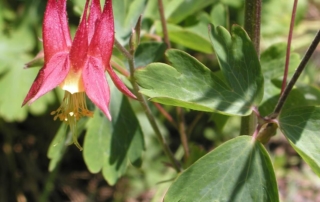 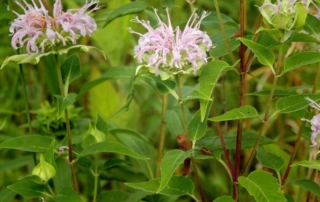