Our mission is to protect, conserve, and restore the lands, waters, and natural communities of our preserves. We accomplish our mission through three main initiatives: stewardship, education, and partnership. 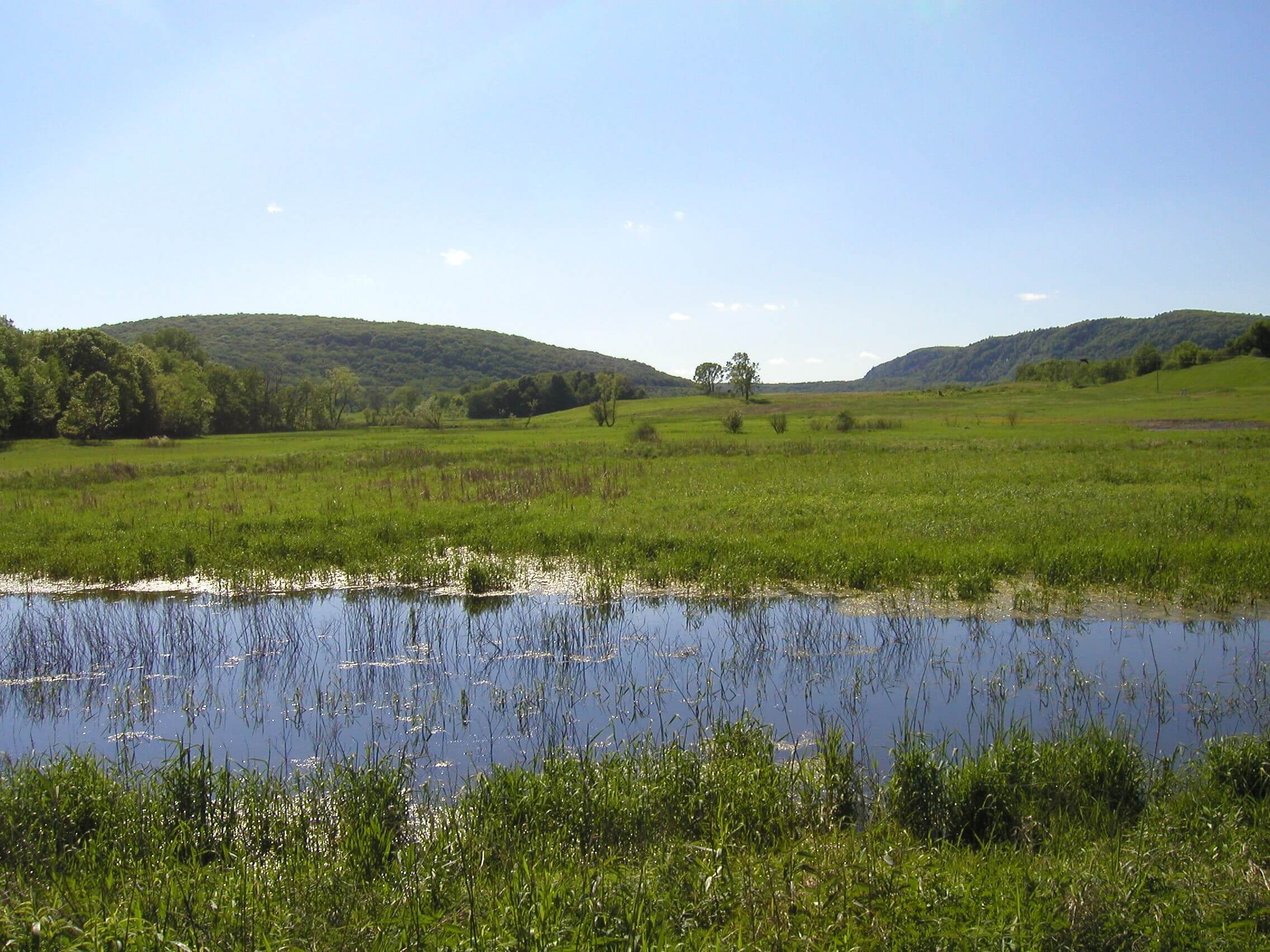 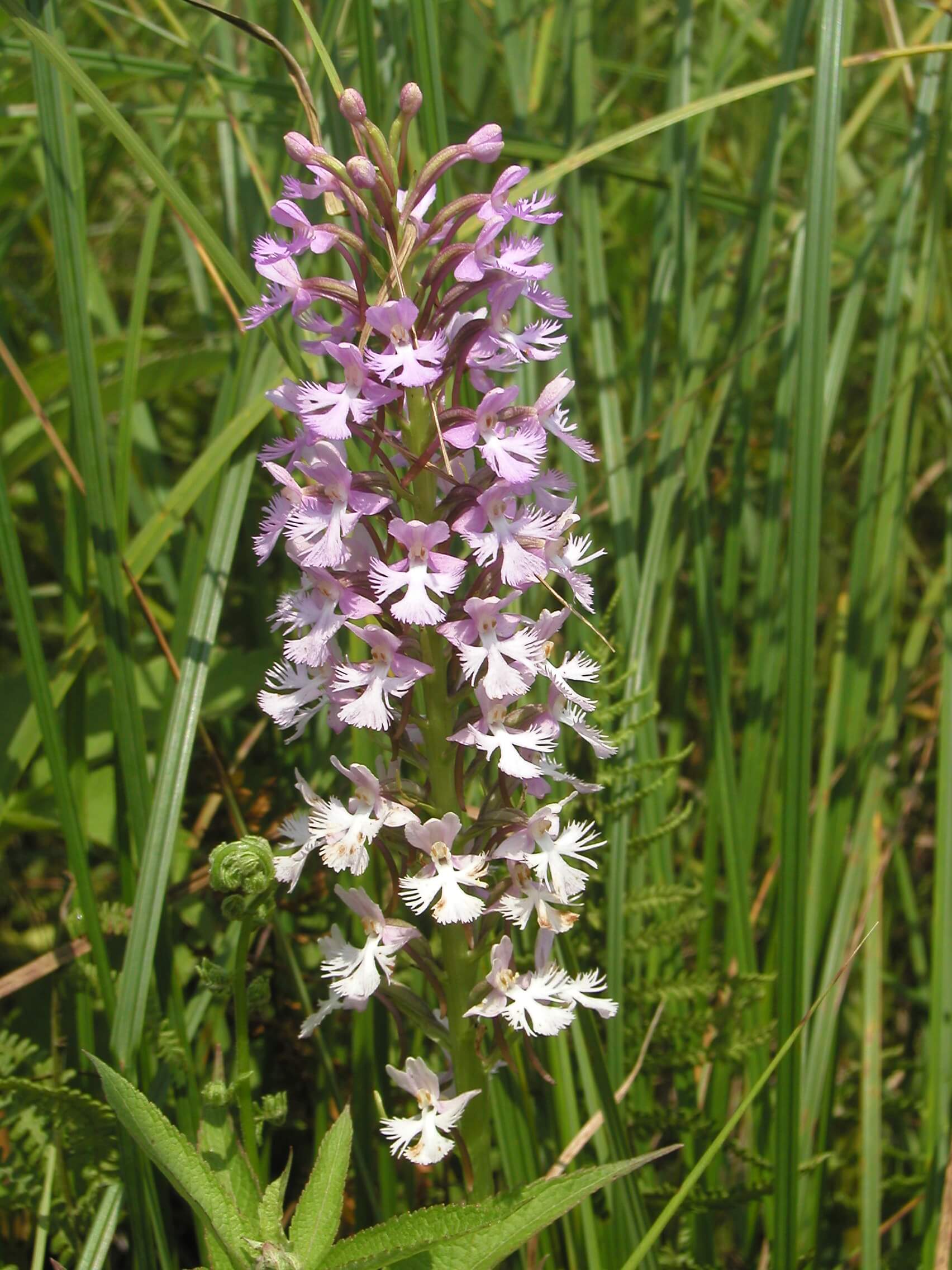 We protect our land from future development and allow only low impact activities such as hiking, bird watching, snowshoeing, and cross-country skiing.

Land management is a labor of love.  If you love our preserves and want to help support our work donate today!

We believe that the best way to learn about and appreciate nature is to get out and experience it first-hand.  The Merrimac Preserve offers over 9.5 miles of maintained hiking trails, including 3.7 miles of the Ice Age National Scenic Trail.  The 1.8-mile Carbon Cycle and Habitat Diversity Trail is a self-guided interpretative trail.  The educational signage placed along the trail discusses the carbon cycle and how it is affected by different ecosystems and land use practices.

Riverland Conservancy offers opportunities for approved ecological research. We work with various education and conservation organizations as well as citizen scientists to better understand the ecosystems present at our preserves and how best to care for them.  Please contact us if you are interested in utilizing one of Riverland Conservancy’s preserves for a research project.

Volunteers are important to Riverland Conservancy and help us accomplish our mission.  We organize group work days as well as individual projects to suit your schedule, interests, and abilities.  Typical volunteer activities include trail maintenance, brush clearing, seed collection, trash removal, invasive species control, as well as building and equipment maintenance.  We strive to make our volunteer events fun, engaging, and educational.  If you are interested in volunteering, please contact us. 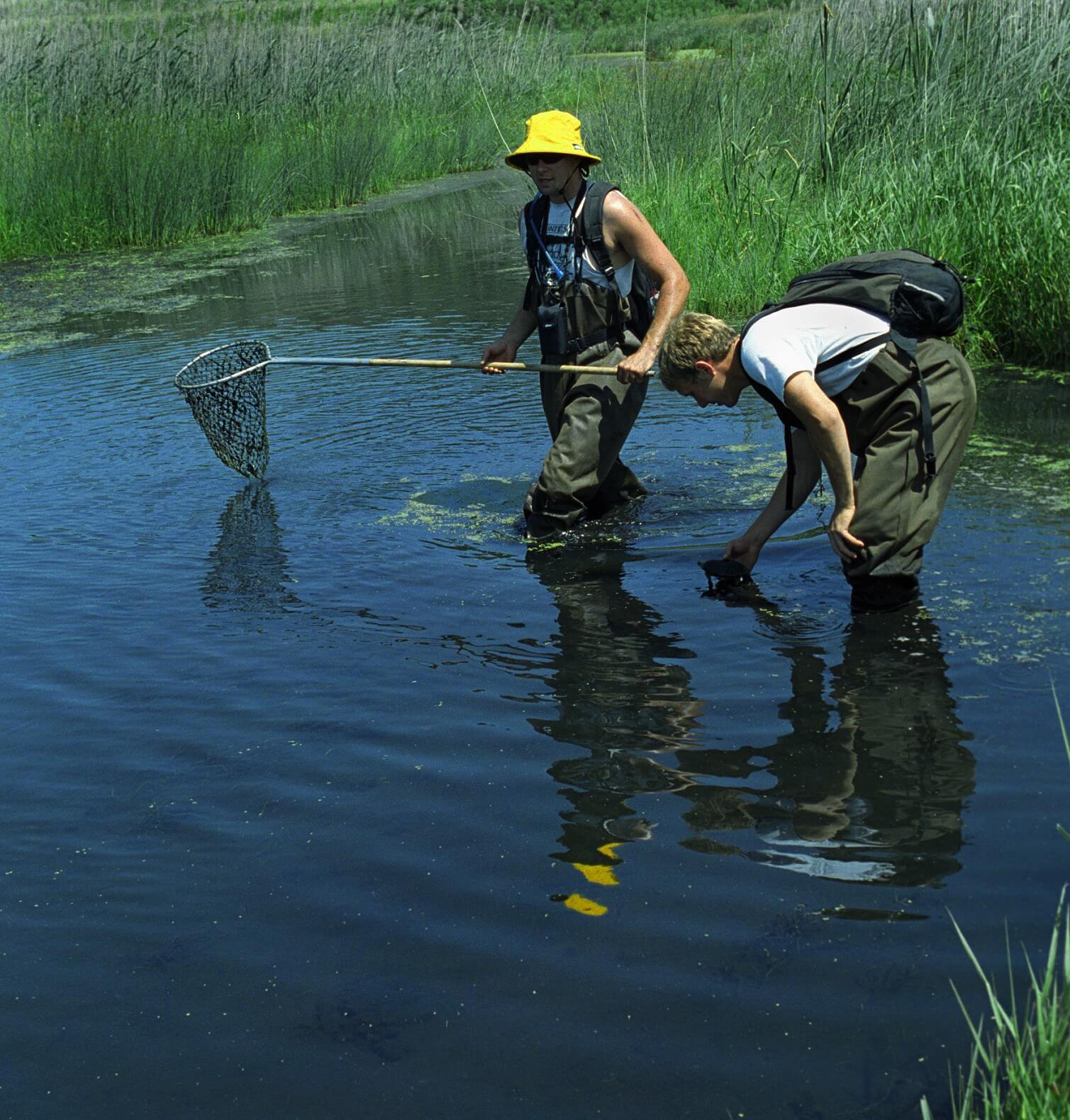 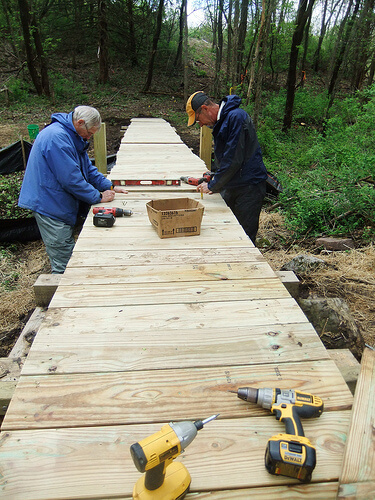 Riverland Conservancy strives to conduct its activities and operations in partnership with a wide range of organizations, including local, state, and federal agencies, conservation groups, and the private sector.  We are grateful to all of our partners, volunteers, and neighbors for the support they have provided over the years.  We could not do it without them!

Riverland Conservancy, Inc. began in 1997 through the generous donation of land by Wisconsin Power and Light Company. The following provides a brief summary of our unique history:

In 1916, Wisconsin Power and Light Company (WP&L), now a subsidiary of Alliant Energy, undertook construction of the Prairie du Sac hydroelectric dam on the Wisconsin River to provide electricity to customers in the area.  At that time, WP&L purchased 300 acres of land near Merrimac, WI as a flood buffer zone around the dam reservoir.  Operation of the dam backed up water and flooded part of the property to form what is now known as Gallus Slough.  Alliant Energy continues to own this original 300-acre parcel, and has permanently protected it through a conservation easement held by Groundswell Conservancy.

Between 1960 and 1962, WP&L purchased additional land adjacent to the Gallus Slough property as a potential site for an electric generating facility.  After further consideration, the facility was built near Portage, WI instead, leaving the land near Merrimac undeveloped.  In the late 1980’s, WP&L recognized the value of the Merrimac property as a natural area and began a process of native habitat restoration.  As a way to demonstrate its commitment to the environment, WP&L decided to create a non-profit organization to protect and manage the Merrimac property.  In November 1997, the lands comprising the Merrimac Preserve were donated to Riverland Conservancy.  The purpose of this new non-profit organization, as presented in its articles of incorporation, was to preserve natural resources through the restoration of prairie, oak savanna and wetland habitat.  This included wildlife management and the development of hiking, cross-country skiing, and snowshoeing trails.

In December 2002, Interstate Power and Light (IP&L), also a subsidiary of Alliant Energy, donated an additional 200 acres of land to Riverland Conservancy.  This property is located near Lansing, Iowa, just south of the Lansing Power Station.  The property was originally purchased by IP&L in 1973 to use as a buffer zone for the power plant, but newer and cleaner technologies have made that need obsolete.  Similar to the Merrimac property, this land will now be protected from development and managed for the benefit of native species.

In the years since it began, Riverland Conservancy has purchased and protected an additional 405 acres of land to add to its Merrimac Preserve bringing the current total to 1,642 acres.  Acquisition funding has been provided by numerous partners including: the Wisconsin Knowles-Nelson Stewardship Fund, Ducks Unlimited, Pheasants Forever, the Bart and Char Olson Foundation, the North American Waterfowl Conservation Act, and several private donors.